One of the oldest and most frequently visited free public library systems in the United States, the Enoch Pratt Free Library Central Branch underwent a large-scale historic restoration to preserve the past and bring new vitality to the building, expanding opportunities for learning, research, creativity, and civic engagement. The Library is a splendid example of the artistry and craftsmanship of the 20th century American Renaissance with its Neoclassical massing merged with French Art Deco-influenced metalwork. The project represented a once-in-a-generation opportunity to recapture the original design intent while adding the 21st-century amenities to better serve the public. EverGreene restored and conserved over ten rooms, lobbies, foyers, hallways, and stacks within the 300,000-square-foot building over the course of three years. Our scope of work included historic finishes investigations and decorative paint and plaster restoration. Subcontractors were engaged for metal and wood refinishing and exterior ornamental ironwork. The library celebrated its grand reopening in September 2019.

In the Central Hall, much of the original decorative paint was presenting and intact before the project began. The scope of EverGreene’s work included surface cleaning, paint consolidation, inpainting paint loss, gilding, plaster repairs, and installation of new star silent acoustical plaster on upper walls.

Using historic images of the room as a map, in Room 206, EverGreene completed exposure windows and paint analysis in areas with underlying historic decorative paint. While much of the ceiling has been lost due to post-historic lighting perforation, much of the original decorative paint was existing around the perimeter. The successful exposure windows provided an informed understanding of the original design, as well as a cohesive color palette. A section of the revealed decorative paint remains exposed, having been conserved, and acts as a window to the room’s ornamental past. The intricate plaster cornice was replicated to trim the new wall on the south side of the room, and acoustic plaster was installed on the ceiling.

Room 207 & 208 involved recreating sections of historic profiled plaster cornices to infill at sprinkler installation points in the traditional method of running the profiles on the table using a plaster knife. The highly ornate historic scheme featuring stencils and small marouflaged vignettes was recreated.

In the North and South Reading Rooms, combining in-situ investigations with archival research, EverGreene conservators documented colors and composition of stenciling as well as freehand decorative and figurative work on plaster walls and ceilings, even as alterations reduced the contextual evidence in historic spaces. Each new discovery revealed by the investigations added perspective to the design process, which was driven by a desire to honor the historic decoration while accommodating present-day aesthetic tastes. Based on the results of our conservators’ paint reveals and analysis, our artists recreated a selection of florette stencils that once adorned each of the ceiling beams in the space. The stylized floral elements were mixed and matched with varying color palettes to create a unique pattern on every beam in the room. 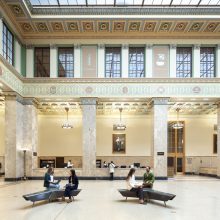 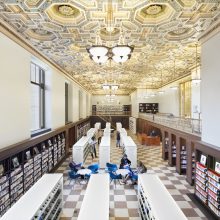 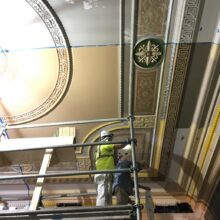 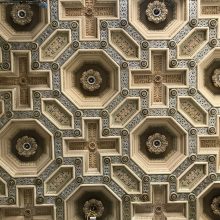 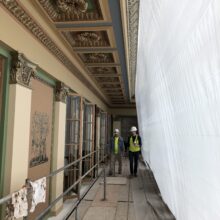 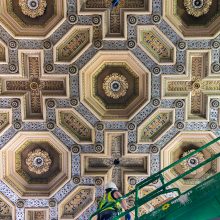 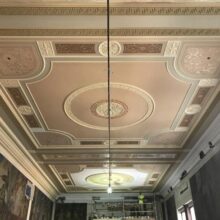 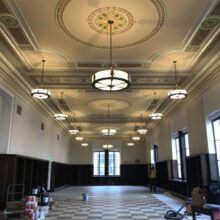 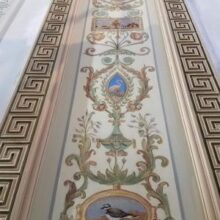 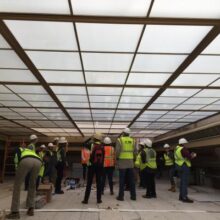 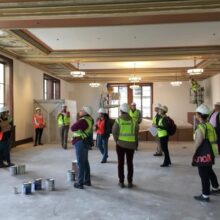 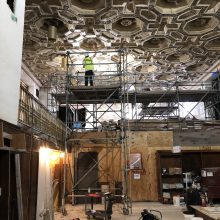 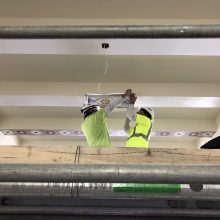 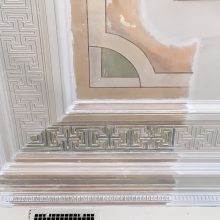 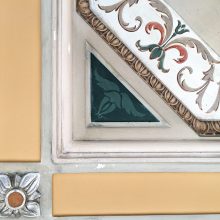 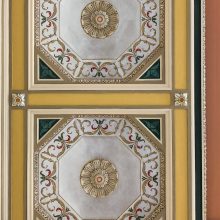 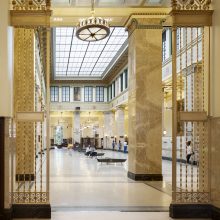 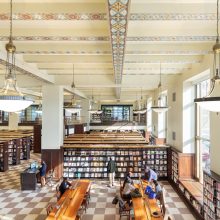 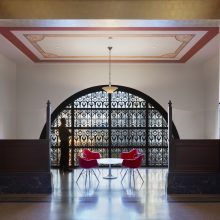 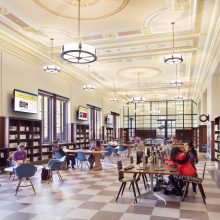 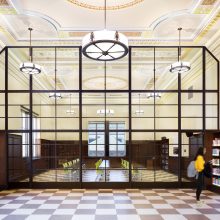 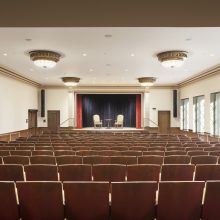 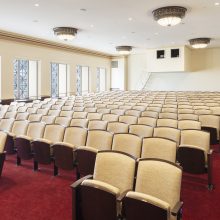 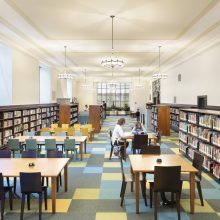 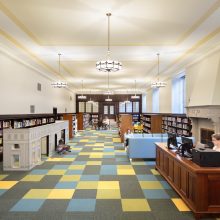