In 1902 the Commonwealth of Pennsylvania commissioned the American sculptor George Grey Barnard to design the main entrance of the Pennsylvania State Capitol Building in Harrisburg, Pennsylvania. He produced two heroic scaled groups of allegorical figures and symbolic imagery that required a decade to complete. The two sculpture groups—Love and Labor: The Unbroken Law and Burden of Life: The Broken Law—designed by George Grey Barnard have flanked the main entrance since their installation in the spring of 1911. Barnard designed the sculptures specifically for the location, while their carving was primarily carried out by the Piccirilli Brothers, from individual blocks of marble weighing up to seven tons each.

The sculptures had a variety of problems from the time of their completion, the most troubling being the formation of a widespread network of cracks and fissures. A series of inappropriate and overly aggressive remedial treatments were performed in 1928, 1947 and 1977. These abuses were aggravated by environmental factors including acid rain, pollution, and a severe climate, prone to multiple freeze-thaw cycles each year. In an effort to stabilize the deterioration and to prolong the lifespan of these significant works of art, the Pennsylvania Capitol Preservation Committee engaged us for a five-year conservation project, performing the dual roles of supervisory and monuments conservator.

We were to design and execute a testing program to evaluate the effectiveness of various repair treatments and to design and implement a monitoring program to evaluate the treatment over the duration of the contract period. The testing program consisted of a series of tests to: 1) establish a conservation timeline in order to understand all previous treatments that were performed on the sculptural groups; 2) establish essential basic data on the nature and performance of the Carrara marble of the groups; 3) compare the effectiveness of various consolidation methods and materials for Carrara marble; 4) evaluate if there are any adverse interactions between the proposed conservation materials and those materials that were used in previous treatments; and 5) evaluate any possible interactions between the proposed conservation materials and the Carrara marble.

Ongoing maintenance based on the testing and intended to prolong the lifespan of the conservation treatment was performed after the initial testing program. 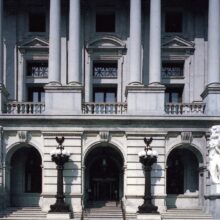 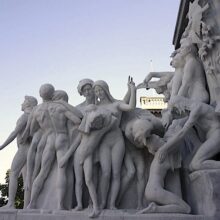 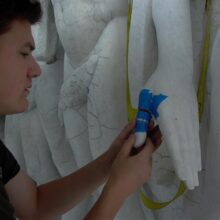 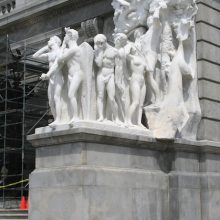 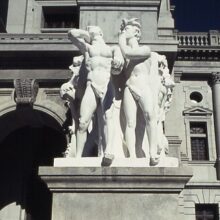 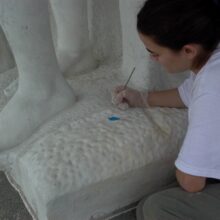 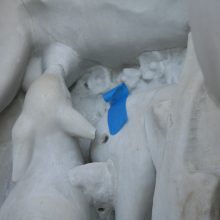 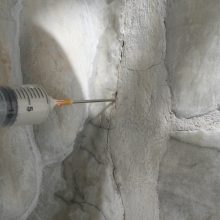 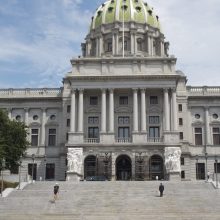