The magnificent Immaculata Church is an incredible project still underway in St. Mary’s, Kansas. EverGreene was hired by The Society of St. Pius X to create concept designs and develop the liturgical artistry program.

During the design process, The Society of St. Pius X was absolutely uncompromising when it came to beauty. Together, we found ways to realize their vision within the budget. We selected colors, designed the capitals, collaborated with the architectural team, construction team, and owners team to realize the program so that our designs reflected their theological vision while also adhering to the practical guidelines such as time, cost, and materials. We assisted in budgeting all of the elements that were produced in-house as well as those that were being made by others.

Our designers drew heavily from historic precedent and direction from the client team. A significant historic precedent for this project was St. Godehard in Hildesheim, Germany. The program in the sanctuary and the dome is based on The Book of Revelation, the only apocalyptic book in the New Testament. These images of the Immaculata in the dome are a cohesive deep meditation on Revelation. The idea is that the book of Revelation unfolds in front of you.

EverGreene developed murals for the cupola dome, the pendentives with scenes from each of the Four Gospels including Mary – maintaining the focus on Our Blessed Mother in each of those gospels. The sanctuary murals are based on the Ghent altarpiece: the lamb, elders, incense, Latin text, and the image of the Holy Spirit on the ceiling of the apse. We also developed the murals at the Stations of the Cross, which wrap the transept. The nave ceiling features the Seven Sacraments and Appellations of our Lady such as the Root of Jesse, the Symbol of Fidelity, and the Enclosed Garden.

The client wanted to minimize the appearance of any infrastructure such as speakers or sprinklers. We worked closely with lighting designers and architects to help disguise these elements to maintain the mystical beauty of the space. EverGreene also advised on materials for the columns and pilasters to ensure complete cohesiveness of the space. Ultimately, the client decided on an earthy, muted Casablanca limestone and green marble in the sanctuary. EverGreene also designed four exterior statues that were then sculpted from marble by Pedrini in Italy. 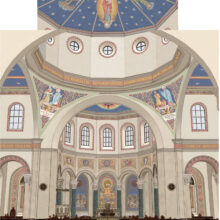 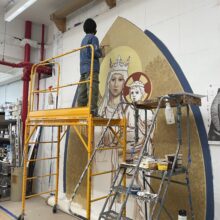 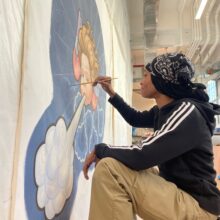 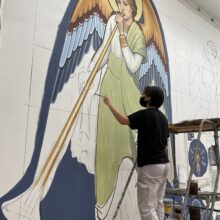 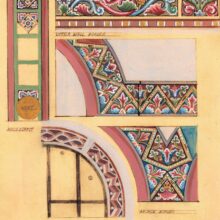 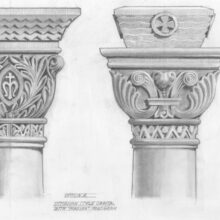 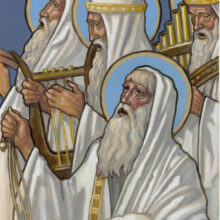 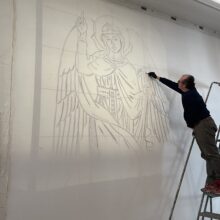 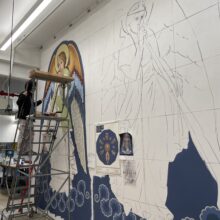 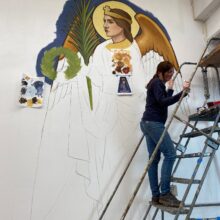 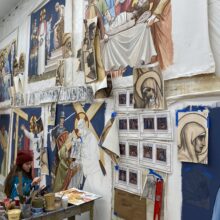 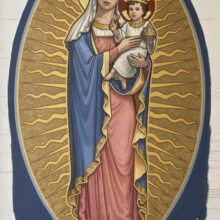 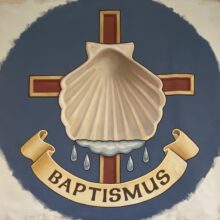 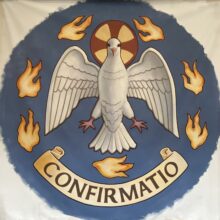 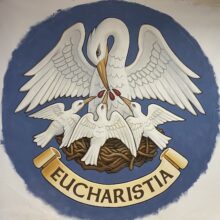 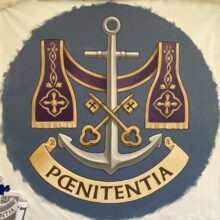 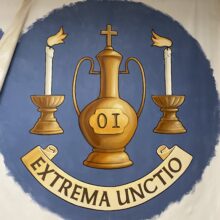 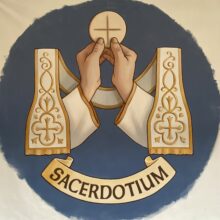 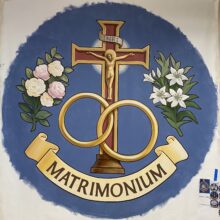