We were contracted to remove the aged Incralac and wax coatings on the Pilgrim by John Quincy Adams Ward in Central Park, New York City. The work from the 1880’s was treated around 1980 in an early effort by the Central Park Conservancy to protect its collection of outdoor monuments. After many decades of on-going maintenance of that still sound treatment, the Conservancy is removing it to convert to a wax coating system. We are using a 100 watt Nd:YAG laser to ablate the aged coating and clean the surface in preparation for re-patination and coating by the Conservancy monuments conservation team. 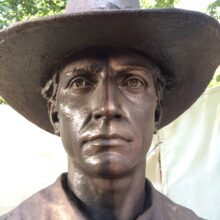 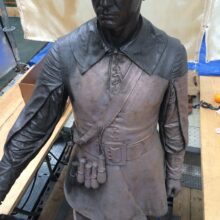 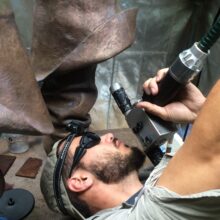 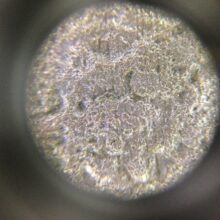 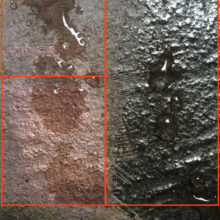 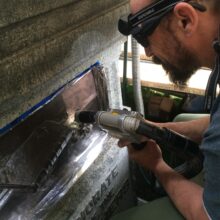 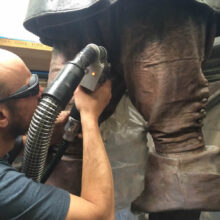