In 2010, as part of an IDIQ contract with The National Park Service for work on the National Mall, we began a survey of the decorative cast bronze doors at the Lincoln Memorial along with NPS staff. The historic data showed intent to color the doors—which are located at the four corners of the main sanctuary—the same as the bronze of the coffered ceiling in a finish called ‘Platino’. There were no other records of the original finish or patina on these doors so our conservators priced the work of repatinating and mechanically repairing the doors with the intent of figuring out the original finish as part of the work.

Conservators initially used X-ray fluorescence to help gain insight into the patina chemicals. An abundance of iron on the surface of the doors pointed in the direction of a reddish finish, probably using ferric nitrate, but there was no visual evidence present to support this theory.

We began work by constructing a workshop on site in the main sanctuary and carried on work through the spring and summer of 2011. Visitors were treated to the various stages of work via a window in the workshop. After stripping the doors, conservators found the original reddish finish beneath layers of toned lacquers and waxes. Areas holding original patina were left untouched and the adjacent bronze was patinated to match.

The four main chamber doors now operate flawlessly and have the appearance intended by the memorial’s architect, Henry Bacon. 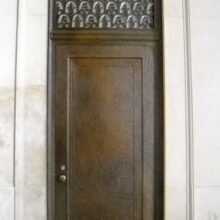 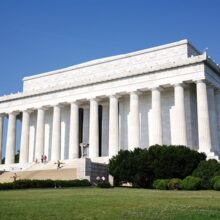 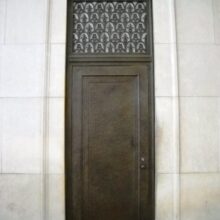 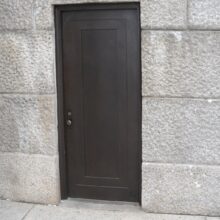 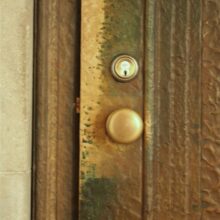 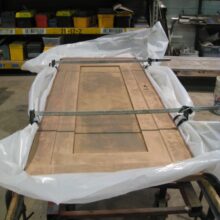