The Lunt-Fontanne Theatre opened on January 10, 1910. It was originally named “The Globe,” after Shakespeare’s theatre in England. Located on 46th street, it has a Beaux-Arts facade and lavish interior designed by Carrere and Hastings and built by producer Charles Dillingham. Its innovative design included a 20-foot-high retractable roof that kept the theatre cool during the hot summer months. The theatre provided additional comfort to patrons’ seats by placing ice or heating vents under them, depending on the temperature. The Globe was sold in the stock market crash of  1929 and converted into a movie house. In 1957, City Playhouses Inc. bought the theatre, and performed a gut renovation to transform it into a modernized Venetian Baroque style. It was re-named “Lunt-Fontanne Theatre” after the theatre’s leading couple, a husband and wife duo. This renovation included the installation of three murals in the mezzanine by American Artist Cosmo DeSalvo.

The three murals were painted onsite before the theatre’s reopening in 1958 using oil-based and tempera medium paint on a moderately thin single-threaded canvas. Each mural represents a different aspect of theatre taken from renowned stages around the world. One depicts the interior of the Royal Opera of Versailles in France, the second illustrates the Bolshoi Theatre in Moscow Russia, and the last represents the former Park Theatre in New York City. The murals were attached to a paper coating and glued to the wall. The theater has since been sold several times and is currently co-owned by the Stahl and Nederlander Organizations. It underwent a second extensive interior restoration between 1997-1999.

In July 2021, our conservators performed conservation treatments on DeSalvo’s three large-scale murals. The mural edges were damaged by their proximity to incandescent lighting, which caused canvas delamination. Dirt and grime from years of exposure hid the murals’ details and vibrance.

The conservation cleaning and repair restored Cosmo DeSalvo’s murals, recovering their structural and aesthetic integrity. The murals’ edges were reattached to the wall substrate and the original shades, color, and detail of the original compositions were revived through thorough surface cleaning. This cleaning revealed signatures that had been previously hidden under thick grime coating. Cosmo DeSalvo’s late-career murals may now be appreciated by theater patrons. 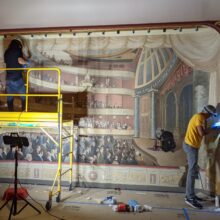 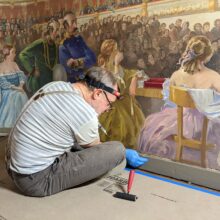 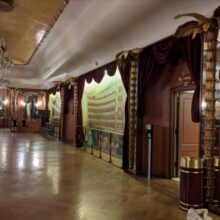 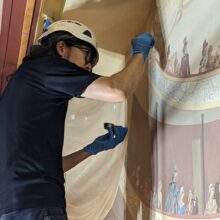 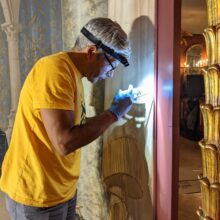 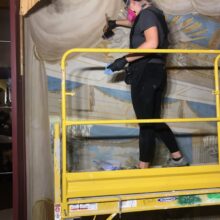 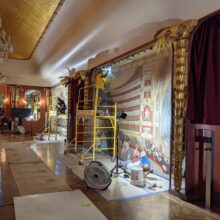 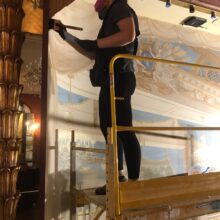 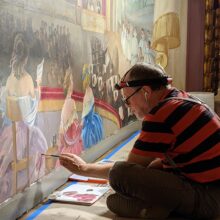 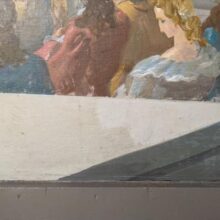 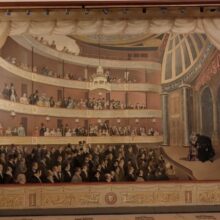 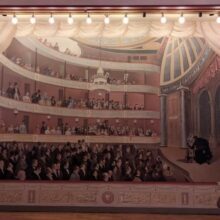