The Missouri Botanical Gardens closed from 1982 until 2013 when EverGreene was introduced to the project, and during that time was only opened to the public on special occasions. The focal point for EverGreene’s restoration work was the interior of the Museum Building. The space boasts a two-story auditorium with a wrap-around, second-level balcony and is dominated by an ornate ceiling mural designed by French artist, Leon Pomerade, which includes over 90 species of plants. EverGreene performed both a plaster conditions survey and a historic finishes investigation in the Tower Grove House that helped determine the proper course of restoration without any damage on the site.

EverGreene conservators created exposure windows and, through the information gained from the various studies, revealed original decoration. The end goal was to recreate the botanically accurate decorations on the ceiling. The 1930s drop ceiling was removed, revealing ceiling portraits of the five most influential men to the field of botanical study.

Both the murals on the ceilings in the main room and the back room were traced and then recreated on canvas in EverGreene’s Design Studio. After the recreations were finished, they were shipped to Missouri and installed onsite. In addition to the restoration of the decorative arts, modern additions to the structure were updated, such as restrooms and elevators, keeping in mind the integrity of the historic site while now providing a welcoming environment to the public since the reopening in 2017. 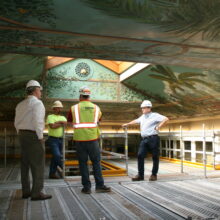 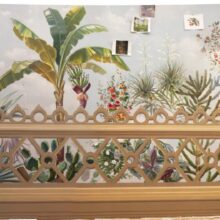 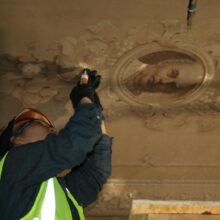 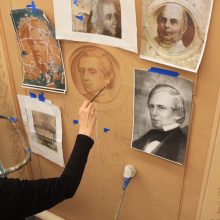 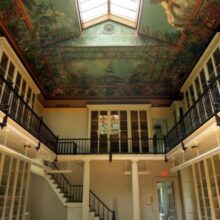 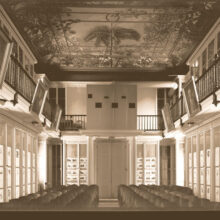 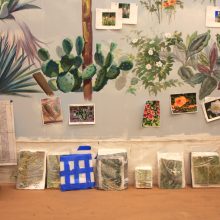