Designed by the architect Thomas Lamb, the Ohio Theatre was originally built as a 1,300-seat theater for live performances in 1921. In 1943, the theater reopened as part of the Loew’s Theater chain as a first-run movie theater. In 1964, a fire destroyed the Ohio Theatre lobby. The theater reopened later that year, but the ornamental plaster elements, historic murals, and decorative paint scheme were abandoned and replaced with a contemporary design.

EverGreene recreated the Ohio Theatre’s Italian Renaissance-style elegance. Using archival photographs, drawings and original blueprints, castings from the Lamb-designed State Theatre (adjacent to the Ohio Theatre), and an on-site investigation, which uncovered lost ornaments beneath the ceiling; EverGreene’s artists, designers, and craftsmen recreated the original lobby. The project required careful recreation of plaster ornament that was polychromed and glazed. In addition, faux bois finishes of the fluted columns were recreated. Although the ceiling would have been recognizable to a patron in the 1920s, it was designed and engineered to be cast thinner in order to accommodate modern mechanical and electrical systems, which also allowed for a quicker installation.

Our Team also designed, painted, and installed three 30 x 14’ murals that depict the Temple of Bacchus, Birth of Venus, and Muses of Poetry and Music. Other work included marble cleaning and restoration and designing historically-compatible scagliola grand stair to ensure it met modern safety code requirements. 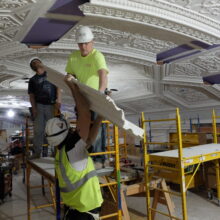 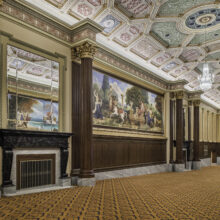 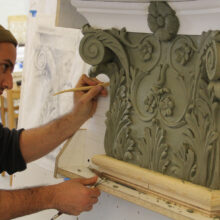 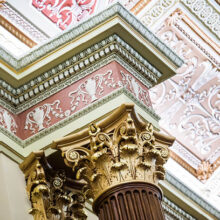 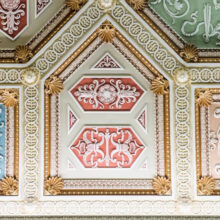 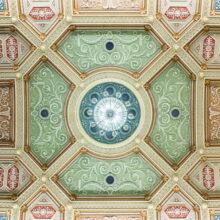 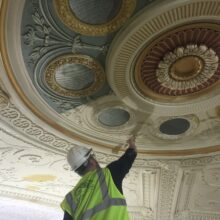 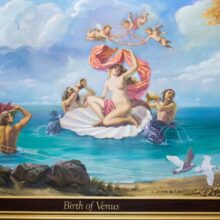 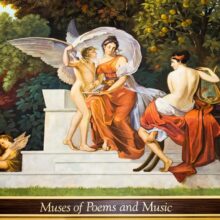 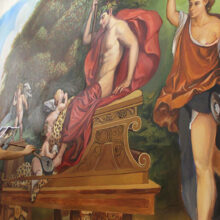 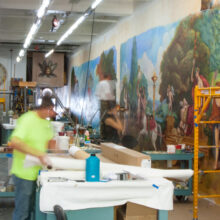 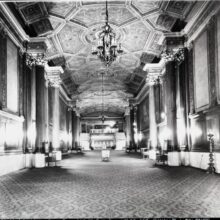