The Old DC Courthouse was designed by George Hadfield in 1820. It was originally constructed to serve as City Hall within the District. In April 1868, the earliest statue of Abraham Lincoln was unveiled at the site, commemorating the three-year anniversary of his assassination. Beginning in 1916, the Courthouse underwent a series of major reconstructions, substantially changing the building’s structural systems and interiors, as well as the exterior façade. In 1923, Paul Jennewein’s gilt bronze sculpture The Nymph and the Faun, was installed in the landscaped yard to the west of the courthouse.

We performed a program of testing and evaluations in preparation for a major restoration of the building and site. Conservators researched and reviewed all previously produced documents; performed interior and exterior cleaning and stain removal tests; and performed analysis of metal and wood decorative surfaces and painted finishes throughout the building.

Tests of treatment methods included cleaning and stain removal, mortar analysis, paint stratigraphy, and refinishing of the metal lighting fixtures and wood flooring. All testing was performed under controlled conditions and was documented in each stage. Alternative treatments were tested until appropriate methods were determined for each condition. New interior finishes were determined based on the historic colors. We developed relocation and conservation plans for both sculptures. Conservators have continued to oversee the work and provide quality assurance direction during the multi-phase construction. 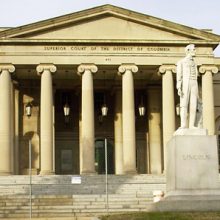 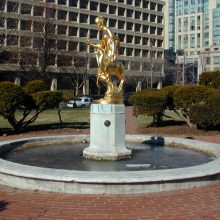 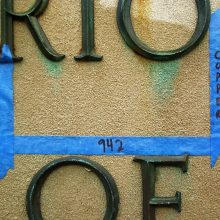 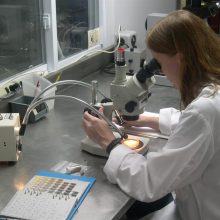 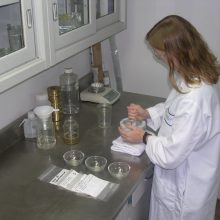