The Parkway theater was designed by Oliver Birkhead Wight. It opened in 1915 as one of the east coast’s original movie palaces. In 1926 it was purchased by Loew’s theatre’s and remodeled by renowned theater designer, John Eberson. In 1978 the theatre was closed. The lobby and foyer space became a Korean grocery store in the 1980s, but the screen and theater seating were walled off, so much of it is still intact. Renovation efforts began in 2012, with the goal of maintaining the theater’s historical integrity, as Jed Dietz (founding director of Maryland Film Festival) said “we’re not exactly Restoring it, It’s more about Rescuing it.”

As our first step in this project, our team conducted a plaster conditions assessment and historic finishes investigation in the public areas of the theatre. The most unique element of the project was creating a ‘look and feel’ of arrested decay. We stabilized the salvageable plaster and removed unsafe and unsound plaster. Our team sealed, consolidated, stabilized, and toned the paint in specific areas to help the new plasterwork appear integrated with the old. 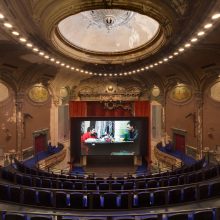 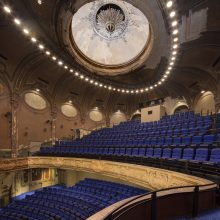 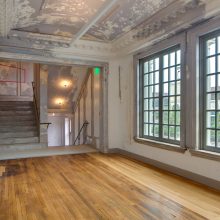 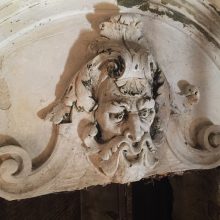 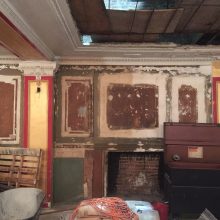 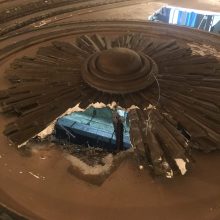 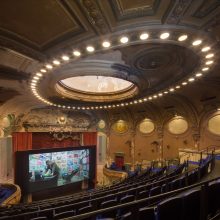 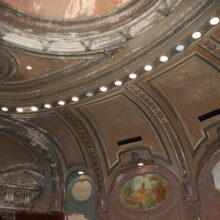 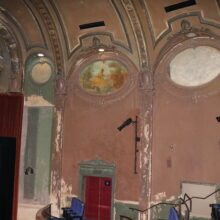 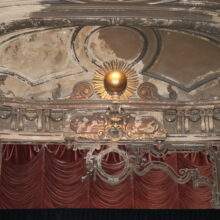 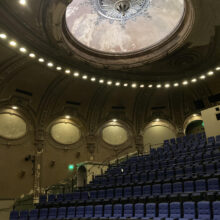