Cincinnati Union Terminal, built by Fellheimer & Wagner in 1933, underwent a major two-year renovation in 2016. After completing the first phase in 2017, EverGreene returned to the station-turned-museum and theater in August of 2018.

The scope of the second phase consisted of conservation of 24 Bourdelle paintings, a ceiling mural in the Losantville Dining Room, and a linoleum mural. The 24 Bourdelle paintings were shipped from Cincinnati to EverGreene’s Conservation Lab in Brooklyn for treatment. Our goal was to stabilize them, remove discolored varnish where extant, and support all canvases on secondary supports.  On site, our conservators removed the discolored varnish from the ceiling mural, stabilized, made repairs, and in-painted sections of the mural. 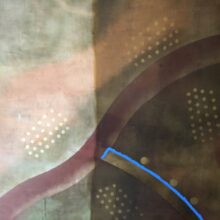 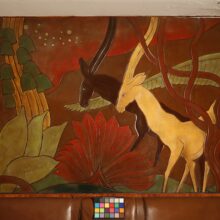 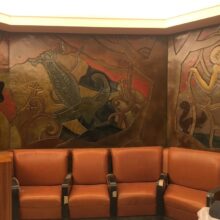 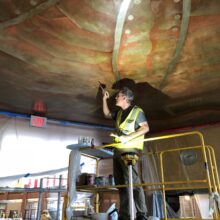 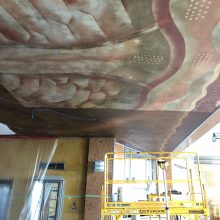 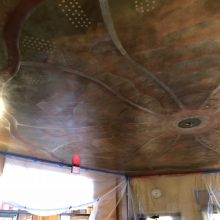 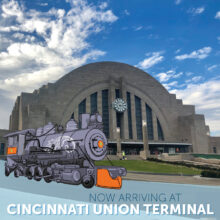 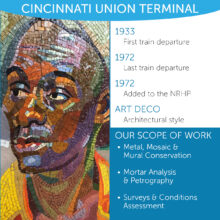