Twenty-five years in the making, Prince of Peace is the new home to Catholics on the West side of Kearney, Nebraska. Led by RDG, the parish participated in the design preferring a traditional but simplified romanesque architecture. The plan is a cruciform symbolizing the whole community, the Body of Christ.

Our designers and artists designed, painted, and installed new murals for this contemporary Catholic worship space. The design included a massive reredos (featuring Christ in the Beuronese style of art) painted and gilded in EverGreene’s Mural Studio based in New York and then installed on site. The artwork, which is integral to the architecture, drew upon the Beuronese style which has historical ties to the faith and to Nebraska as seen in the artwork of the state capital. From the image of Christ as Pantocrator to the angels which surround the assembly, visual expression of liturgical truths are found throughout the church.

The Prince Of Peace Catholic Church design included other iconography inspired by the Beuronese style with angels, lambs, water, lilies, stars, and the Virgin Mary painted in vivid hues and heavily textured color 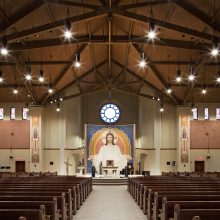 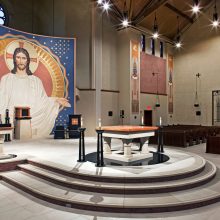 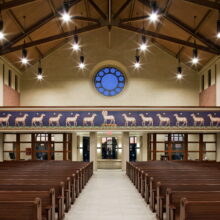 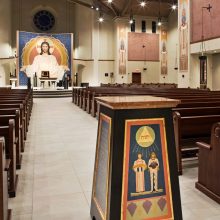 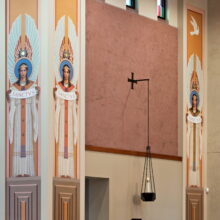 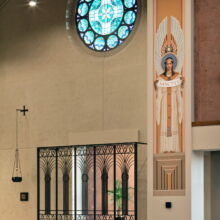 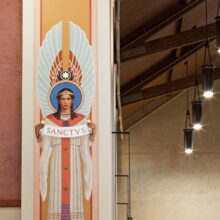 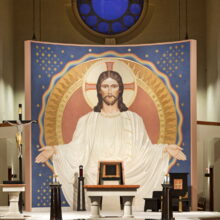 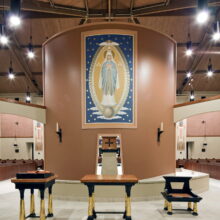 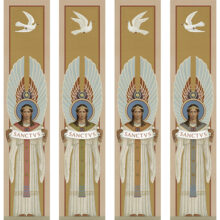