The Samuel J. Friedman Theatre, formerly known as the Biltmore Theatre, was built in 1925-26 and is one of six Broadway theaters built by Irwin Chanin, with architect J. Krapp. This NYC Landmark, with its Adamesque interior and horseshoe-shaped plan, was renovated for the Manhattan Theatre Club in 2003.

The restoration of the Biltmore Theater was unusually complex and demanding because of the decades of damage it suffered after closing in 1987.  Due to severe deterioration from fire, water infiltration, neglect and vandalism, the theatre needed structural alterations along with the integration of new mechanical and electrical systems.

EverGreene was responsible for all of the flat and ornamental plasterwork. This involved extensive replacement of missing and damaged elements on 70% of the building’s surfaces. Our experts were able to restore some original plaster, which survives at the proscenium arch and on portions of the side walls.

After completing the plasterwork, EverGreene artists also performed extensive decorative painting throughout the theater, including glazing and gilded highlights. To illustrate the size of the repairs needed, 6,000 feet of molding, and 2,500 square feet of ornamental panels and rosettes were replaced by our team. 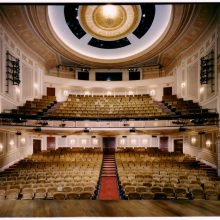 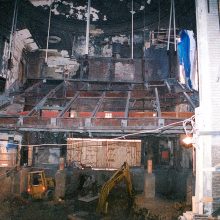 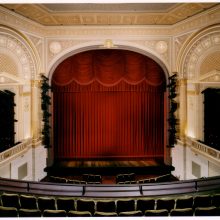 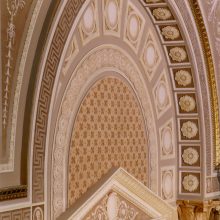 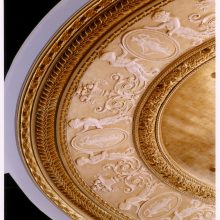 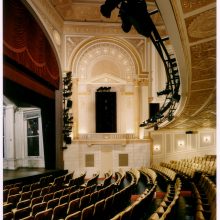 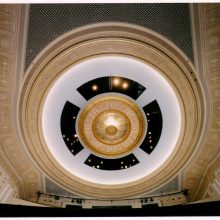