The Ximenez-Fatio House Museum, located in St. Augustine, Florida, the oldest European city in America, dates to 1798, the Second Spanish Colonial Period. Distinctly Spanish in design, it was constructed as a two-story masonry structure with two-story ell addition. Initially a residence, it became lodging for travelers as early as the 1820’s and served this purpose well into the 20th century. Long recognized as one of the most significant early buildings in Florida, this National Historic Landmark was acquired in 1939 by the Colonial Dames in America and converted to a house museum.

We were contracted in 2005 by architect, Joseph K. Oppermann, to assess the condition of the exterior renders and develop plans and means of restoring them. The building was suffering from deterioration of the interior finishes from excessive moisture in the walls. We investigations confirmed that Portland cement skim coats and modern paint systems were entrapping water with the porous coquina stone walls forcing it to migrate into the building instead of outside. Test removals of paint coating and careful surveys located areas of the building that required treatment. Other tests established parameters for selecting an appropriate lime-based render and lime-wash system that would replicate the original appearance and characteristics of the building walls.

We were then contracted to implement the work. Collaborating with local contractors and masonry specialists, all paint and Portland cement plasters were removed, the coquina walls were restored, and a multi-layer system of lime renders and washes was applied. Work was performed under grants from Save America’s Treasures as well as others. 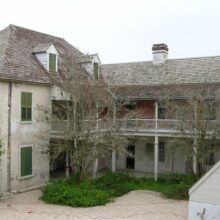 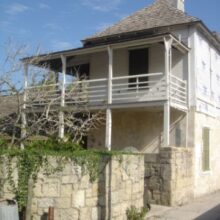 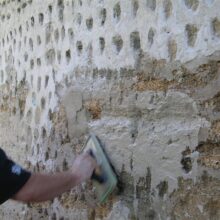 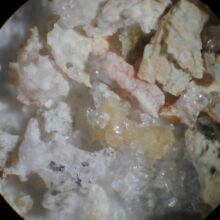