Structural damage wrought by an earthquake led to a comprehensive interior redecoration and mural conservation campaign at Conception Abbey, a Romanesque-style Benedictine monastery built between 1880–1891. The church houses the sole surviving cycle of twenty-four 19th-century Beuronese wall paintings depicting the lives of Mary, Jesus, and Saints Benedict and Scholastica, based on the series in Prague that was destroyed in 1945.

A historic mural was restored and repainted by EverGreene artist Eugene Nikitin based on archival photographs. For the mural restoration, EverGreene developed and executed a new decorative color scheme that emerged from a design charette process with the monastic community. The scheme was derived from the 1880’s decoration and incorporated the brotherhood’s goals for a lighter color palette. 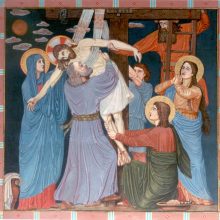 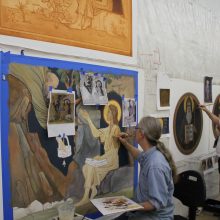 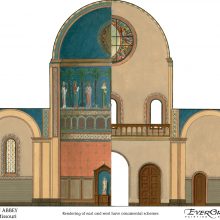 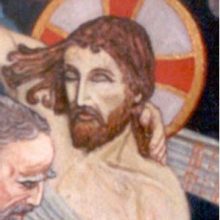 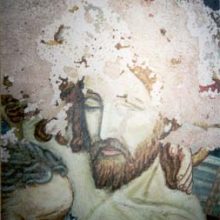 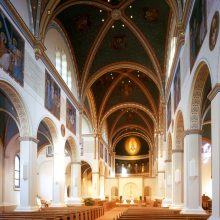