EverGreene was heavily involved in the rejuvenation of the Los Angeles Union Station; our work on the Entry Vestibule and Grand Waiting Room is the third phase of the larger project. Between 2017 and 2019, EverGreene restored acoustic tile throughout the Los Angeles Union Station as well as the ceiling tile of the Ticketing Concourse. In 2020, we performed a visual survey of plaster beams and fiberboard acoustical tiles at the ceiling of the Grand Waiting Room in the Los Angeles Union Station Terminal. We found that the plaster beams exhibited heavy soiling and widespread instances of hairline cracking, with isolated areas of wider cracks, as well as localized paint failure. A total of 1,792 linear feet of cracks were observed during the survey. Decoratively painted acoustical tiles were well-adhered but also heavily soiled.

After creating mockups to devise the best approach, we cleaned, repaired/replaced, and repainted the plaster beams and fiberboard tiles following a restoration approach. Our craftspeople utilized the existing designs on the ceiling to guide the overpainting and replicated the color, pattern, sheen, and opacity of the original historic stencil and field decoration. 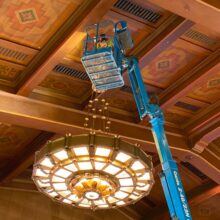 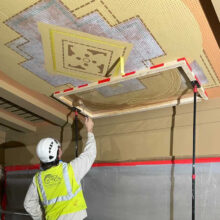 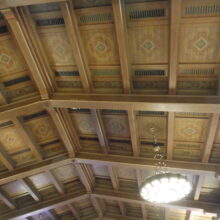 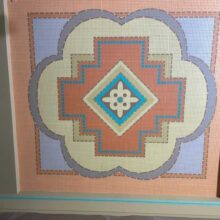 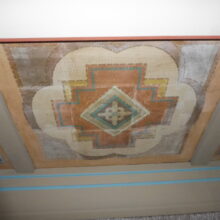 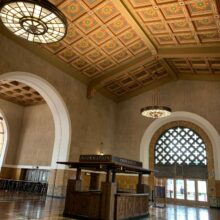 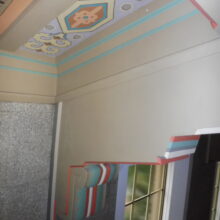 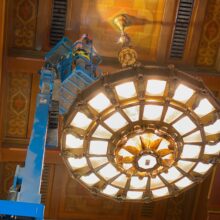 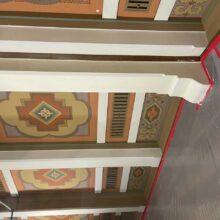 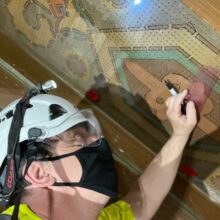 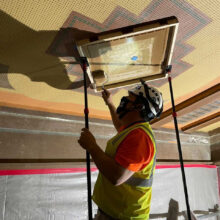 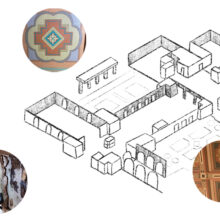 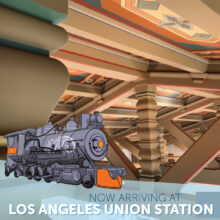 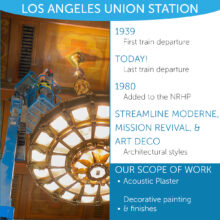 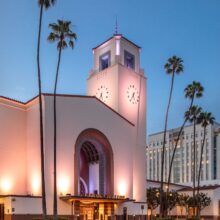 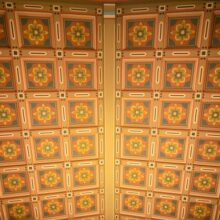 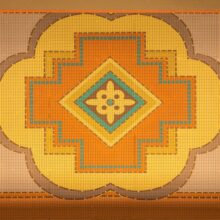 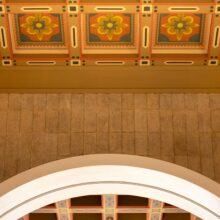 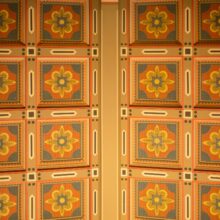 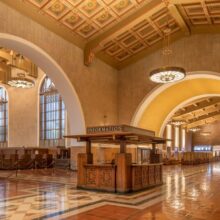 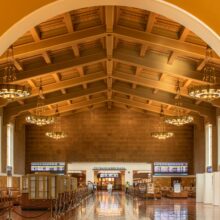 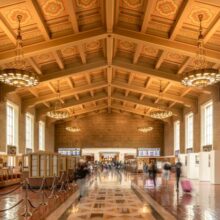 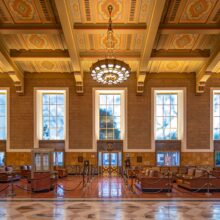