The James A. Farley Building was designed by McKim, Mead & White in the Beaux-Arts style and originally opened in 1912, becoming New York City’s main United States Postal Service (USPS) branch. The building’s Corinthian-inspired facade, which includes 20 monumental columns that span from 31st to 33rd Streets, was intended to match the scale of the architect’s original Pennsylvania Station building. It was recognized as a New York City landmark in 1966 and was added to the National Register of Historic Places in 1973. The main postal lobby of the James A. Farley Building now seamlessly connects the recently restored space to the brand new Moynihan Train Hall, linking its past while helping to pave its future as a transportation, retail, and commercial hub.

Beginning in 2019, EverGreene was heavily involved with the restoration of many of the building’s historic spaces, which included the original Postmaster’s suite, the 33rd Street lobby and cafe, and the 8th Avenue postal lobby. Many of these spaces had gone unused or were neglected for decades and required major attention to bring them back to their near original design. EverGreene’s scope of work included restoring plaster, paint, metal, terrazzo, stone, marble, wood, and historic lighting. This work can be best viewed by walking through the main postal lobby and looking up at the ornate plaster ceiling that was meticulously repainted to give the space a much needed makeover. 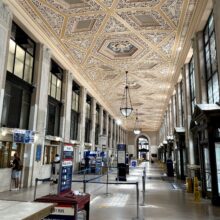 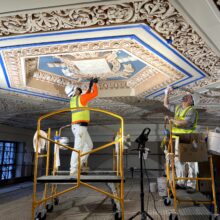 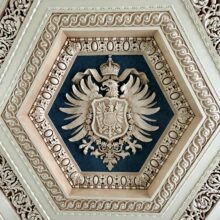 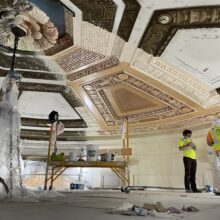 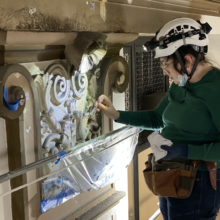 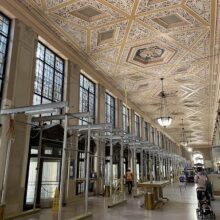 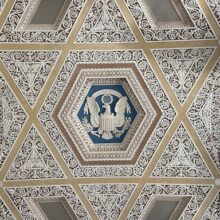 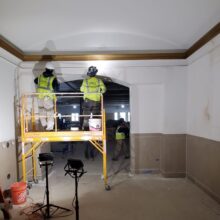 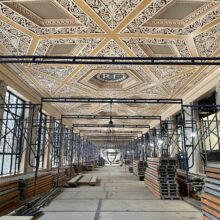 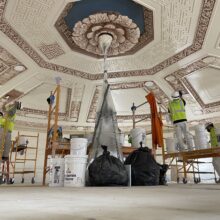 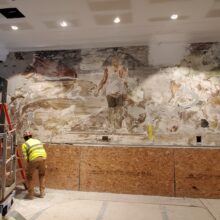 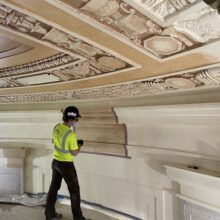 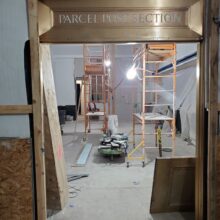 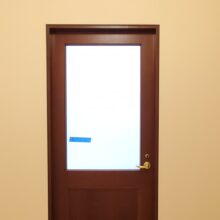 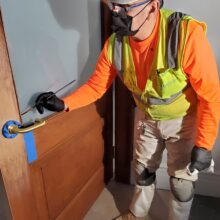 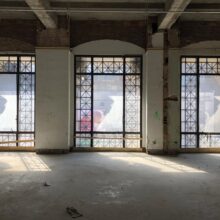 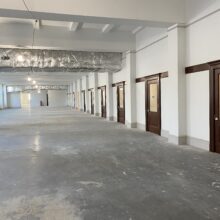 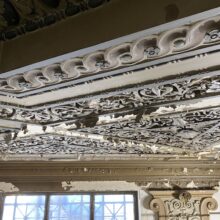 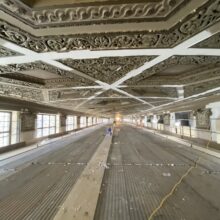 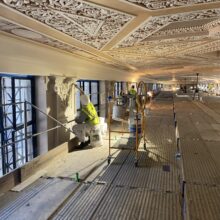 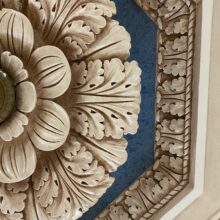 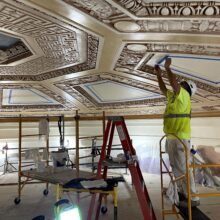 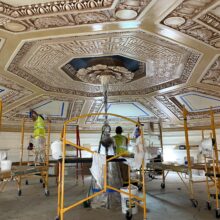 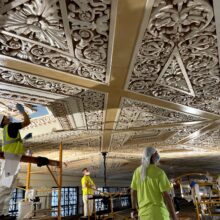 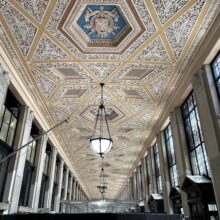 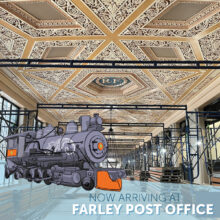