Michigan Central Station (MCS) opened in 1913 to the public. The building was constructed as a three-story train depot and an eighteen-story office tower, composed of over eight million bricks, one hundred and twenty-five thousand cubic feet of stone and seven thousand tons of structural steel — plus another four thousand tons in the sheds. The foundation has twenty thousand cubic yards of concrete. When the building opened, it was the tallest railroad station in the world and the fourth tallest building in Detroit. On January 5, 1988, Train No. 353 bound for Chicago became the last train to roll out of the venerable depot. Over 30 years later, EverGreene has been called in to restore this magnificent train station to its original beauty.

Our restoration craftspeople have been hired by Ford Motor Company to replicate and restore approximately 56,000 square feet of decorative plasterwork. A distinguishing feature of the station’s Beaux-Arts architecture is the plaster, which covers most of the building’s first floor and was made to look like stone, a cost-saving measure at the time of construction. Our team will preserve and clean the original plaster material that can be saved and create new portions where needed.

EverGreene will use three plaster techniques – traditional three-coat plaster, ornamental plaster, and veneer plaster – in order to repair and replicate over 3,000 cast plaster pieces, including the coffers, medallions, and rosettes that adorn the waiting room’s walls and ceilings. The plasterwork will be choreographed to create a seamless transition of old and new in the areas most visible to visitors. While some digital tools will be used, a team of 15 to 20 craftspeople from EverGreene will do most of the plasterwork by hand using floor-to-ceiling scaffolding.

The Michigan Central Station restoration began in January 2021 and is expected to take 18-months, completing in June 2022. 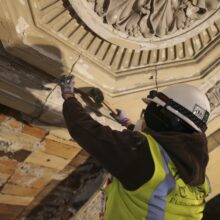 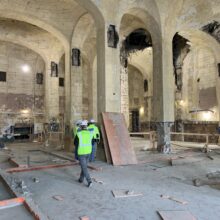 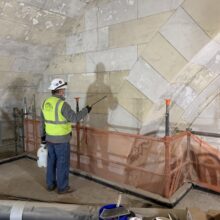 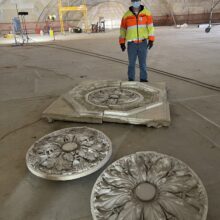 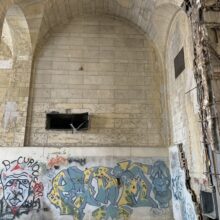 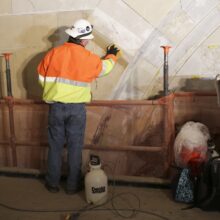 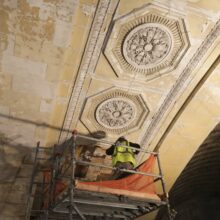 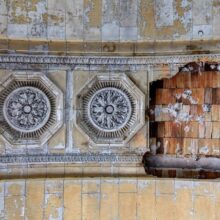 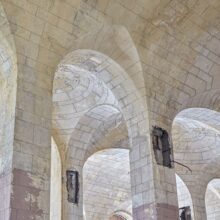 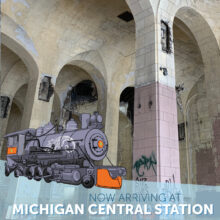 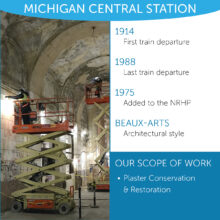