Trinity’s churchyard memorials date back to as far as 1681, through the 1820s, and many of the engraved tombstones are worn. The headstones and plaques were crafted from sandstone, granite, polished granite, marble, concrete, and bronze. They suffered from erosion, corrosion, atmospheric soiling, biological growths (like moss), scratches, spalling, chipping, and sugaring upon beginning the process.

EverGreene performed removal, restoration, reinstallation, and oversight of 19 grave markers and removal and resetting of 12 grave markers on the north, south, and west sides of the church. To carry this out, field investigations, highly detailed documentation system, masonry repairs, lifting and resetting, cleaning (both wet and mechanical), replacements, and dutchman repairs were performed on the tombstones. Due to the differences in land locations of the plots, age of the headstone, and type of stone used, specific conservation methods were composed for each grave. Two tombs were not fit for use, and replications were crafted in place. 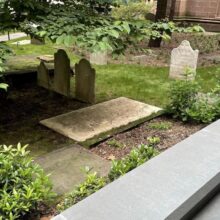 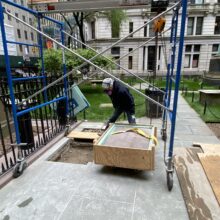 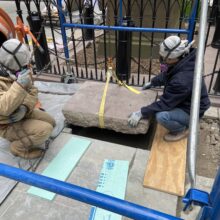 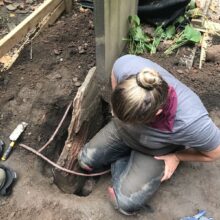 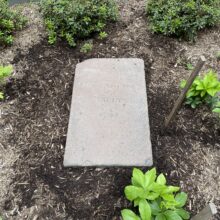