Kings Theatre was designed in the French Baroque style in the 1920s. It was one of the five Loew’s Wonder Theaters in the New York City area. With over 3,600 seats, it was the largest indoor theater in Brooklyn at the time. The Kings Theatre had fallen into significant disrepair after being abandoned in 1977 for more than three decades. After a long-awaited restoration, the Kings reopened in 2015.

EverGreene restored, conserved, or replaced virtually every surface and finish in Kings Theatre. In the lobby, the plaster ceiling was fully restored and decoratively painted, glazed, and gilded. The metals, composition ornament, and walls —paneled in American Walnut — were cleaned and renewed. In the auditorium, the ornamental plaster of the 50,000 square foot ceiling, which stands nearly 80 feet above the floor, was restored and polychromed in 18 different colors and glazes. Since significant portions of the plaster had deteriorated due to water damage and neglect, most of the balcony fascia and grottos flanking the stage were recast on-site, installed, and decoratively painted. To repair the plaster, silicone casts of extant ornament were made and new portions were then created from those molds. EverGreene also designed, digitally fabricated, and installed large areas of wallpaper based on patterns popular at the time. 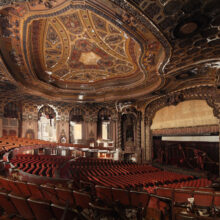 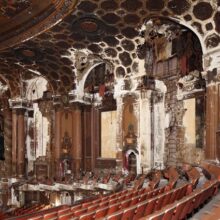 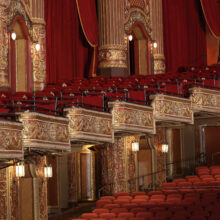 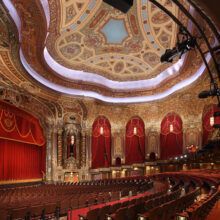 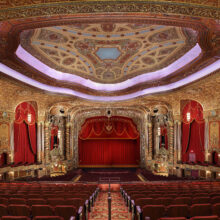 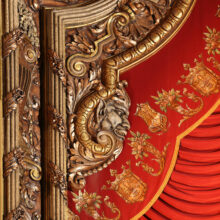 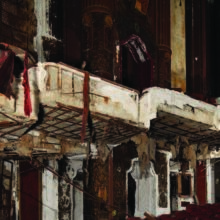 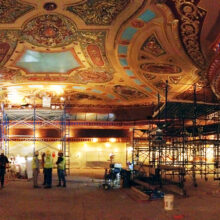 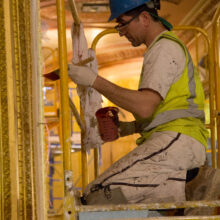 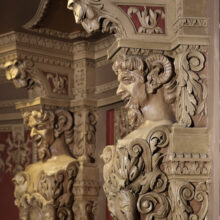 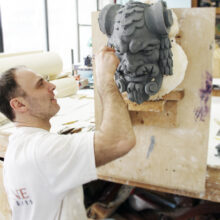 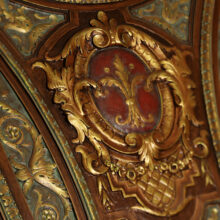 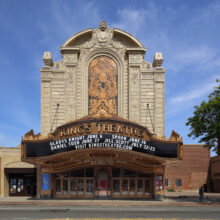