The A-12 aircraft, manufactured by the Lockheed Corporation from 1962 to 1964, is the first aircraft to be made largely from titanium. It was produced for the Central Intelligence Agency as a reconnaissance craft, and flew spy missions over North Vietnam and North Korea in 1967 and 1968. After the A-12 was retired in 1958, its design was modified and developed for the United States Air Force as the SR-71 Blackbird. The aircraft on display at the California Science Center, tail number 06927, is the only Air Force trainer ever built, produced as a unique two-seat variant. Following its acquisition by the California Museum of Science and Industry (as it was then known) in 1991, it was placed in storage by Lockheed. In 2003, the A-12 was put on display at the top of a parking garage, mounted on pylons in the Roy A. Anderson Blackbird Exhibit & Garden.

In 2019, EverGreene was contracted by the California Science Center to carry out a condition assessment of the A-12 Blackbird. Our conservators performed close-range visual and hands-on examination, and conducted chemical tests to evaluate the type and amount of destructive salts on the aircraft’s surface. Based on our findings, we provided recommendations for remedial and preventive conservation treatments, as well as for long-term display and ongoing maintenance. 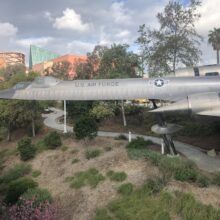 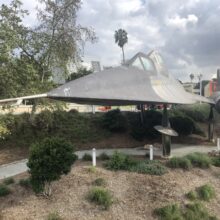 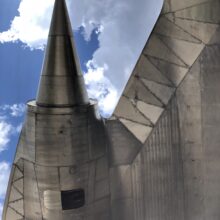