The Fox Theatre opened in Tucson in 1930 and closed in 1974. For 25 years after its closure, the theater essentially became a shelter for homeless people in the area. During that time it sustained extensive water damage. In 1999, the work to restore the Fox theatre started, and that’s where EverGreene’s story with this theatre begins.

For the first phase of this major restoration project, EverGreene consulted with the structural engineer and general contractor to design a structurally sound support system for attaching lath and plaster in the auditorium ceiling. Plaster and paint analyses were conducted as part of a detailed conservation study. Samples and exposure windows were sourced from the lobby, auditorium walls, and ceiling to determine a) plaster composition b) if hazardous materials were present, and c) to determine the original decorative scheme.

The second phase of the project in the auditorium included: re-hanging the auditorium ceiling, conservation of decorative painting, and repairing the ceiling perimeter. In the lobby, EverGreene restored the lower lobby fireplace and the exterior lobby frieze. EverGreene’s scope of work also included the rear auditorium acoustone work. We re-engineered this sound barrier to look like any other wall in the auditorium.  Our team touched every part of the theatre, from plaster repair of the entrance foyer, vestibule, crossover & stairs, to meticulous in-painting of the iconic Skouras murals. The restoration was completed in 2003, and now this bright, illustrious theatre will be ready for new audiences for decades to come. 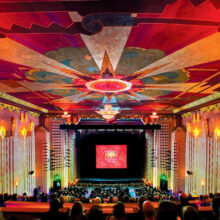 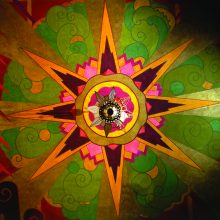 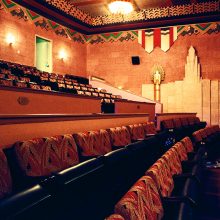 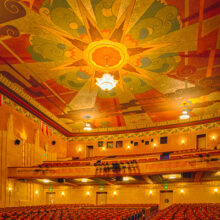 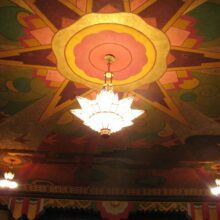 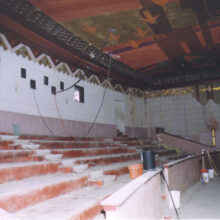 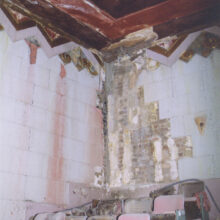 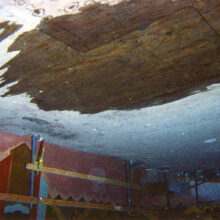 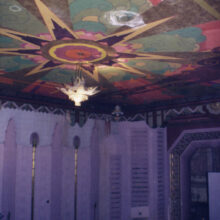 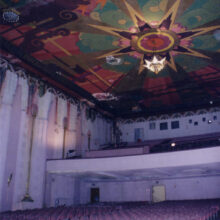 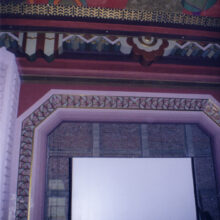