The Slow Sand Filtration Plant was one of the many improvements introduced to the city of Washington as part of the McMillan plan at the start of the 20th century. The 14-acre site consists of a series of underground vaults where domestic water was cleaned for use by filtering through a series of pools within the vaults. Periodically the sand was shoveled out of the vaults and washed in silos positioned around the site. An early use of modern concrete technology, the entire site intentionally resembles a Roman engineering feat in its scale and emphasis on healthy water.

In preparation for development of the site we were engaged to assess the materials of the historic structures. The goals of the assessment were to determine the condition of the concrete and other materials present at the site; determine the causes of deterioration if possible, and recommend treatments for each. Based on the initial findings further testing was performed to determine means of preserving the deteriorating concrete silos, which were the primary historic character-defining structures that would remain after the development was built. Findings were provided in a report that will be integrated into the treatment plans. 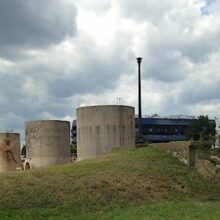 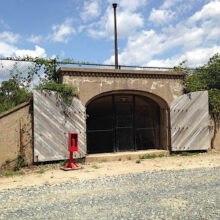 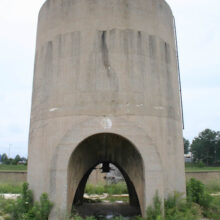 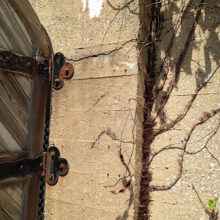