The Washington Fire Company House in Conshohocken, Pennsylvania was originally a three-bay, two-story Italianate building completed in 1878. It was created for the Washington Hose and Steam Fire Engine Company No. 1, which is the oldest fire company in town, having been established in 1874. Company records indicate that a one-story addition was built onto the southeast elevation in 1883, which acted as the stable until 1908 when a second story was added and the space was transformed into the third main equipment entrance. A third story was added to the entire structure in the late teens/early twenties, along with a three and a half story bell tower, all in the Italianate style. In 1928 the main doorways were widened to accommodate new equipment and the upper floors were renovated to provide additional dormitory space. The building was added to the National Register of Historic Places in 1975. Currently, the site is under redevelopment to become part of the SORA West Hotel.

EverGreene was retained by the Coastline Corporation to perform treatment mockups on the historic interior architectural wall and door features of the SORA Firehouse. The goal of the project was to outline a treatment process for the second-floor interior wood wainscot and pressed metal elements. Selective cleaning tests, finish removal tests, and finish recreation mockups were performed to support the repair and restoration efforts. Interior architectural elements were surveyed visually and documented photographically. 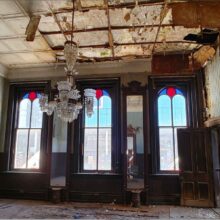 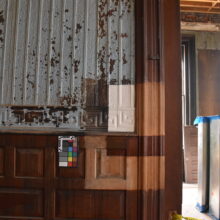 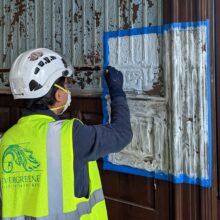 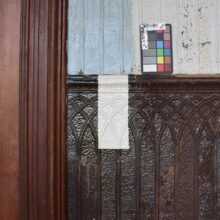 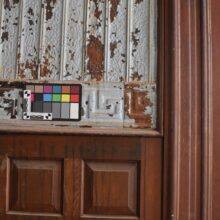 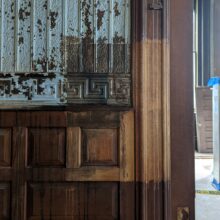