The current building at 520 Summit Street is the third home of the Winston-Salem St. Paul’s Episcopal Church congregation; it was proceeded by buildings erected downtown in 1879 and 1908. Designed in the Gothic Revivals style by renowned church architect Ralph Adams Cram of Boston, the church was completed with the assistance of local associated architect Harold Macklin in 1929. Set at one of the highest points in the city, this monumental structure was constructed using Massachusetts Plymouth seam-face granite masonry with trim elements made from Ohio Briar Hill sandstone. The interior is richly adorned with carved wood, massive sandstone columns and arcades, stone flooring, and more than 80 stained-glass windows. The church was expanded in 1957 and 2005 to its current configuration, which includes an education building, chapel, and connecting arcade. In 1986 the church building was listed as a contributor to the West End National Historic District. The building itself was also listed on the National Register of Historic Places in 2010. Previous restorations to the exterior masonry and roof, as well as stained glass windows, was completed in 2010.

EverGreene  was retained by Joseph K. Oppermann Architects (JKOA) to conduct limited interior treatment testing and a historic finishes investigation. The purpose of the project was twofold. First was to test remedial treatments of selected original interior stone materials to identify repairs and treatments for long-term preservation. The second aspect was to conduct a historic finishes investigation to identify original colors used in interior architectural finishes.

Our team collaborated with The Christman Company to use the treatment tests performed on the interior sandstone stone materials to develop and implement a cleaning program for several stone features, including the narthex windows and arches; the vestibule arches; the nave windows, arches, columns, rose window, and string course; and the chancel and altar rose window. 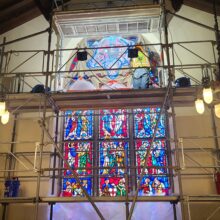 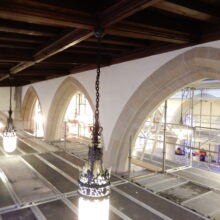 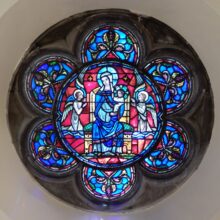 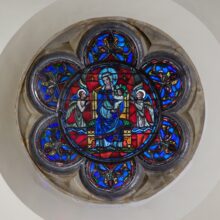 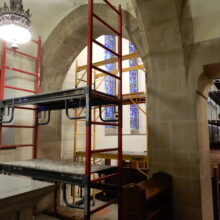 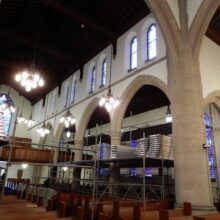 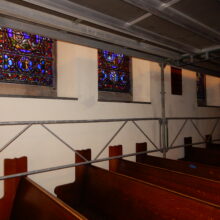 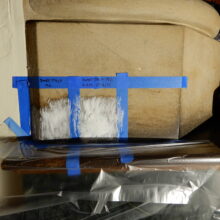 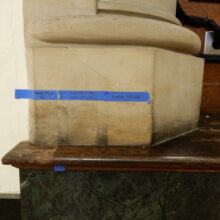 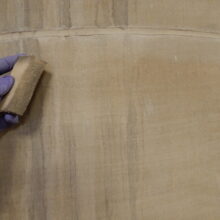 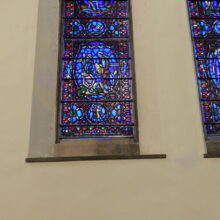 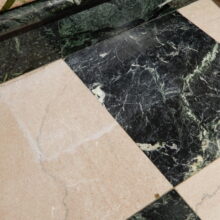 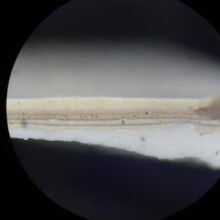 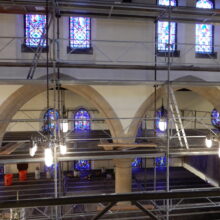 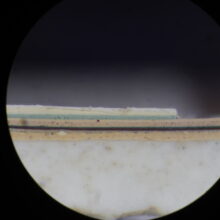